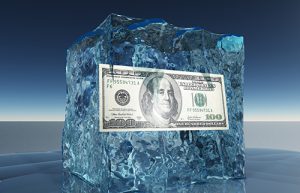 This past week an important reading on consumer inflation showed that we might have seen inflation peak in July. In response, the financial markets celebrated with stocks shooting higher and long-term rates ticking lower from the previous week's highs.

The highly anticipated Consumer Price Index (CPI) was reported last Wednesday and showed the headline CPI, which includes energy and food prices, was unchanged or 0.0% on a month-to-month basis, lowering the year over year rate to 8.5%.

This was a welcome sign, as inflation is half of the Fed dual mandate, which is to maintain "price stability". If inflation cools, it will take pressure off the Fed to hike rates aggressively in the future - hence the sharp rally in stocks.

What caused the drop in inflation pressures? A material decline in oil prices, which have fallen to $90 a barrel from recent highs of $124. Oil and high energy costs have been a major input in consumer inflation, so if prices recede further, it will go a long way to more inflation relief which will lead to lower rates.

Far From Out of the Woods

Some folks are saying inflation is zero, which might sound comforting in certain political environments, but inflation is still running at 8.5%, which was a level last touched in March and remains the second highest reading in over 40 years.

A lot of geopolitical concerns in Russia/Ukraine could have an impact on oil prices going forward. If things get worse this winter where demand is high, it could easily push prices higher. On the other hand, the increasing fears of an extended slowdown and less demand, which has played a big part of the recent price decline, could lead to further relief at the pump and less overall inflation.

Another concern is wages continue to rise sharply and stocks have made an impressive rebound over the past few weeks...this could lead to higher inflation lingering around longer than hoped.

The probability of a .75% rate hike to the Fed Funds Rate in September dropped sharply in response to the cooler inflation data. This could change as more economic data comes in over the next few weeks. This means we should expect more uncertainty and market volatility ahead.

Bottom line: Home loan rates are well off their June peaks. Ironically, the rate improvement started the moment the Fed raised the Fed Funds Rate by .75% for the first time in 28 years. With rates having improved, more housing stock coming to market in some areas and home price gains slowing. Now is a great time to consider purchasing a home.