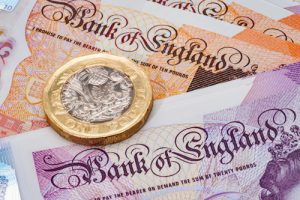 This past week, we watched the sharpest one-day decline in Treasury rates since 2008. The rate relief was relatively short-lived as uncertainty and volatility reign supreme in the financial markets. Let's recap what happened and investigate the big news in the week ahead.

Last Wednesday morning, in a surprise move, the Bank of England administered a new bond-buying program to help stabilize their bond market as yields were soaring in the region.

What happened? In the previous week, UK's Prime Minister Liz Truss, announced a new fiscal program with tax cuts across the board. The bond market questioned Britain's ability to grow its economy and pay off any existing newly created debt required to help pay for the tax cuts.

If bond holders believe there is a risk of being paid back their principal, they must demand a higher interest rate. This is essentially what happened on a large and fast scale in England. So, the Bank of England stepped in and said they would purchase unlimited bonds (quantitative easing) in order to calm markets and keep rates from rising too high.

Within hours of the Bank of England's decision, our Treasury market, and mortgage-backed securities (MBS) market soared with prices moving sharply higher and yields dropping quickly. The 10-year note yield closed near 3.70% after touching 4.00% earlier in the day. This represented the largest one-day rate decline since 2008.

In the MBS market, we watched a nice bounce in bond prices and recovery in home loan rates, after touching a 2022 high on Monday.

The Bank of England news gave our financial markets a sense the Federal Reserve rate hiking cycle may start to slow. This notion was further enforced after Fed member Bullard spoke earlier in the week. He noted that the current Fed Funds Rate (what the Fed hikes) is restrictive, meaning that it is hurting the economy. He was also the first Fed official in quite some time to mention the word recession, acknowledging that our economy is slowing quickly, and higher rates are going to likely push us into a recession. He finished by saying the "terminal rate" or the rate the Fed Funds will be upon the last hike of this cycle, will be 4.40%, still 1.25% above current levels.

At least through mid-week, the bond market has begun to react as if the Fed rate hiking cycle is nearing the end. We still need to see a lot of incoming data by way of inflation, employment, and economic numbers to support whether the Fed could slow its rate hikes. For now, Fed Chair Powell says he wants to keep rates higher for longer to stave off inflation. At some point, like we caught a glimpse this week, with the 10-year note yield declining, the Treasury market will buck against going higher and say enough is enough.

Bottom line: The 10-year Note yield reversed sharply after hitting 4.00%. Hopefully, this ceiling will hold, which would limit any further increase in rates. With housing inventory increasing and sellers making concessions to help make deals, now may be a wonderful time to explore housing opportunities.