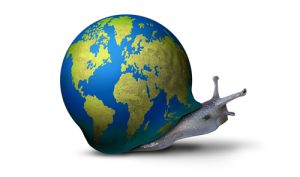 This past week we watched interest rates improve nicely on the notion that central banks around the globe will be hiking rates less going forward. Let's break down what happened this week as we approach the important Fed meeting next Wednesday.

This was the line of the week. It suggests that the ECB is going to raise rates by less going forward. The global financial markets agreed as they are now pricing in a .50% ECB rate hike in December versus a .75% right before the announcement.

Why is this ECB move important?

Last Friday, the Wall Street Journal wrote an article that suggested our Federal Reserve is going to do the same thing next week...raise rates by .75% and shared that they will do less rate hikes going forward.

As a result of the "step down" or smaller future rate hike talk, yields around the globe moved lower.

There is a lot of chatter about yield curve inversions and the likelihood of a recession. Just this week the 3-month Bill and the 10-year Note yield inverted. This means, the 3-month T-Bill is yielding more than the 10-year yield. The Federal Reserve has acknowledged that they look at this metric as a sign of a recession ahead.

If there were another reason for the Fed to step down the size of future rate hikes, it is seen in the 3-month Bill and 10-year Note inversion.

The Case For The Fed "Step Down"

Besides other central banks around the globe signaling the likelihood of smaller rate hikes in the future, there are reasons the Fed could "step down" and reduce the size of rate hikes going forward.

The main event is the Fed meeting next Wednesday at 2:00 p.m. ET. There will be multiple market reactions including one on the monetary policy statement, another at the 2:30 p.m. ET press conference from Fed Chair Powell and another more powerful one on Thursday morning. And if that were not enough, we will get the October Jobs Report next Friday.